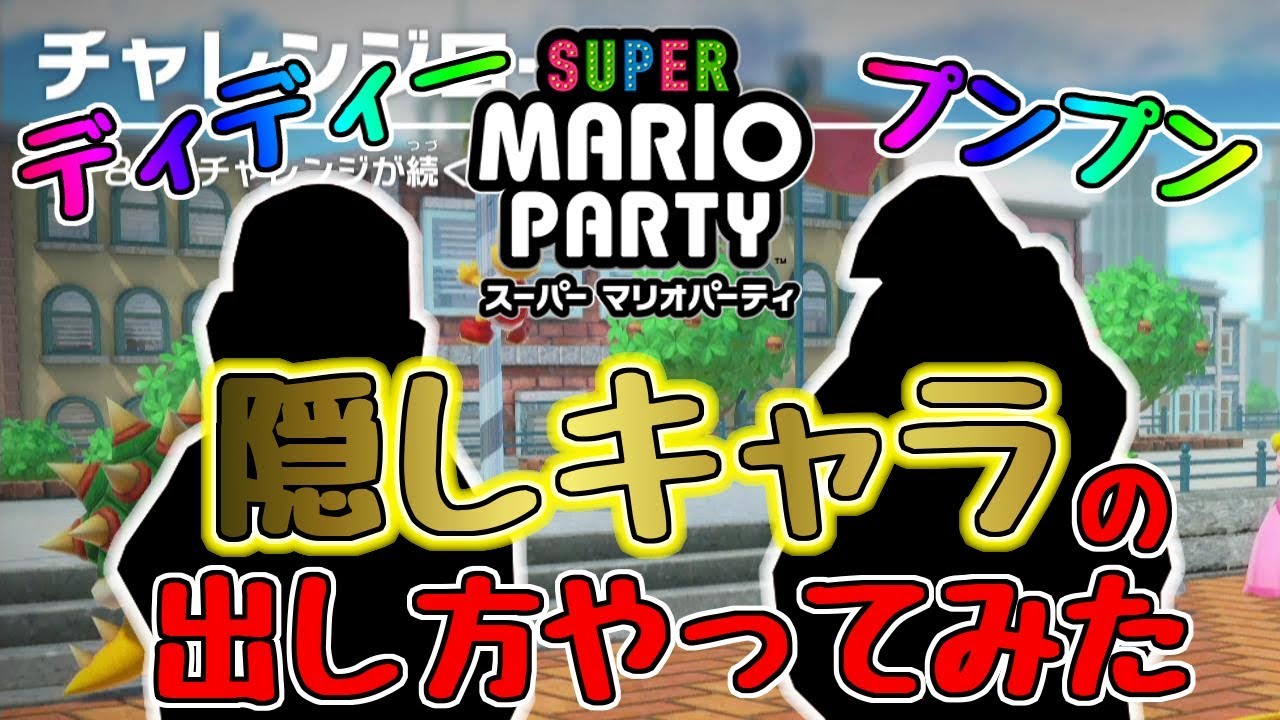 Super Mario Party is easily one of the best multiplayer games on Nintendo Switch. With 84 total minigames, 20 playable characters, several game modes, and four unique boards, Super Mario Party might be the best Nintendo Switch game for keeping a party entertained. In order to view the final cutscene and truly end the game, however, you’ll need to unlock more characters, game modes, and boards.

Super Mario Party has 20 minigames, four characters, five gems, and a single board locked when you first load it up. Although this classic Mario game has a lot of unlockables, you don’t need to do anything too special to get all of them. In most cases, simply playing the game is enough, so long as you know where to look.

How to unlock characters in Super Mario Party

There are four hidden characters that aren’t playable at first: Pom Pom, Diddy Kong, Donkey Kong, and Dry Bones. Here’s how to unlock them and what their unique die are:

Step 1: Pom Pom — Shows up in the Party Plaza after completing the Salty Sea section (world 5) of Challenge Road. That said, you have to unlock all the minigames before unlocking Pom Pom.

Step 2: Diddy Kong — Similar to Pom Pom, you have to complete the Chestnut Forest section (world 2) of Challenge Road to unlock Diddy Kong.

Step 3: Donkey Kong — To unlock Donkey Kong, play River Survival three times. Make sure to take different paths each time. On the third time through, you’ll see DK in the crowd as you head into the home stretch.

Step 4: Dry Bones — Dry Bones is weird. There doesn’t appear to be a set requirement for unlocking the skeletal Koopa. Dry Bones just shows up in Party Plaza after playing for a bit. You’ll find him at the top of the plaza.

How to unlock Kamek’s Tantalizing Tower

The first unlockable you’ll want to tackle is the hidden board. Luckily, you can do this by just trying the three default boards: Whomp’s Domino Ruins, King Bob-omb’s Powderkeg Mine, and Megafruit Paradise. After completing a match on each of three boards, you’ll unlock Kamek’s Tantalizing Tower.

How to unlock Challenge Road and other modes

Step 1: Challenge Road becomes available after you unlock all 84 minigames. As you play, you’ll see question marks for minigames that haven’t been unlocked. Of course, at the end of turns, you have to rely on chance to get a game you haven’t played yet (don’t worry, it’s usually pretty good about landing on unplayed games). In order to unlock all 84, though, you have to play Mario Party, Partner Party, Sound Stage, and River Survival. We had to play each mode a few times to unlock all the games and open up Challenge Road.

Tip : You can go to the right side of the plaza to look at all of your unlocked minigames. Click on the ones with the question marks to see which mode unlocks them.

Step 2: You can unlock other smaller modes, too.

In the green pipe on the right is Toad’s Rec Room. This unlocks after playing one Mario Party match. Once in the rec room, you can play several different minigames, including a neat baseball one.

You can also spend Party Points on collectibles after speaking with the Toad at the center of Party Plaza. Of course, before that you have to gain Party Points by playing games. Once you have Party Points and gained access to spending them, you need to go left from Party Plaza and find the red warp pipe. Once there, Kamek will open up the Sticker Room for you.

How to unlock all of the gems in Super Mario Party

To “beat” Super Mario Party and view the final cutscene, you have to collect five gems. You gain a gem each time you beat one of the five main game modes.

Step 1: Gem of Tenacity — You’ll unlock this gem first because you have to have it to play all four boards in standard Party mode.

Step 2: Gem of Love — Requires you to play one round on all four boards in Partner Party.

Step 3: Gem of Courage — To earn this gem, you have to display your courage by investigating every route of River Survival.

Step 4: Gem of Spirit — Though it sounds complicated, acquiring this gem takes the least amount of time. All you need to do is finish one round of Sound Stage on the most challenging setting.